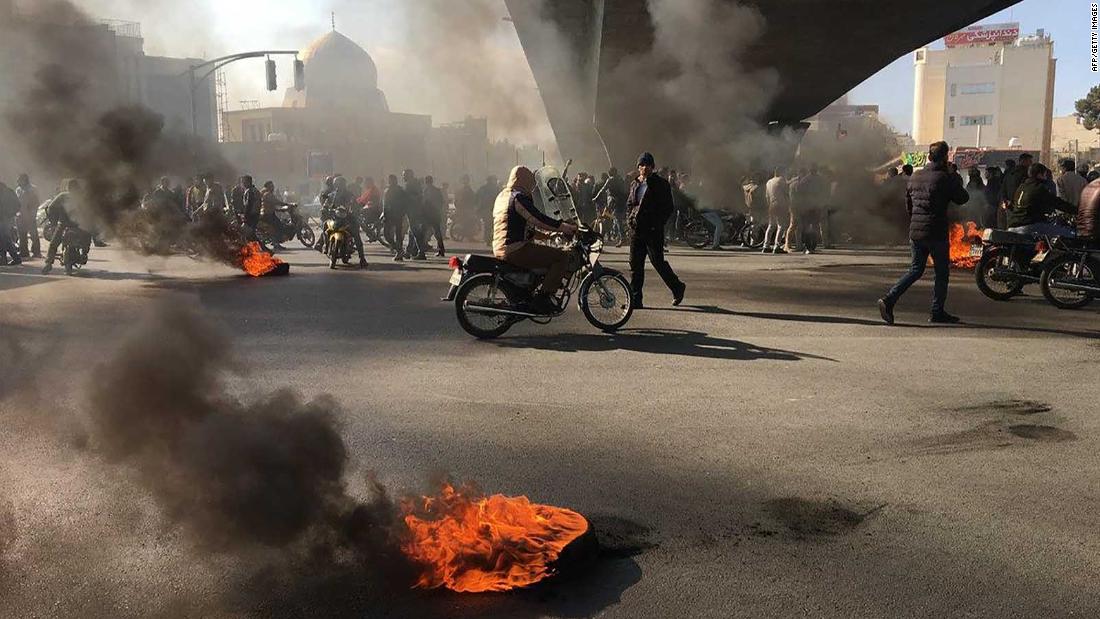 Following an Iranian social media campaign that attracted millions of posts under several hashtags, including “no to execution” in Farsi, Iran’s judiciary said on Thursday that the men’s lawyers could appeal their verdicts, despite the ruling, according to Mizan Online, a news agency affiliated with the judiciary.

Allowing the appeal appears to be an unusual concession by authorities to review the Supreme Court’s decision.

In an open letter to the judiciary, lawyers for the three defendants — Amir Hossein Moradi, Saeed Tamjidi and Mohammad Rajabi — said that they had not been given access to documents pertaining to their clients’ cases, according to semi-official Jamaran News which published the letter Wednesday.

The men on death row were convicted of moharebeh — a crime of taking up arms to take lives or property and to create fear in the public — and for participating “in vandalism and arson with the intent to counter the Islamic Republic of Iran” during the November protests last year, according to a statement condemning the sentence by more than a dozen UN human rights experts, including special investigators Javaid Rehman and Agnes Callamard.

US President Donald Trump also weighed in Wednesday, joining campaigners under the English version of the hashtag, #StopExecutionsinIran.

“Three individuals were sentenced to death in Iran for participating in protests. The execution is expected momentarily. Executing these three people sends a terrible signal to the world and should not be done! #StopExecutionsInIran,” Trump tweeted.

The Supreme Court’s ruling Tuesday followed the executions of two Kurdish men, Diaku Rasoulzadeh and Saber Sheikh Abdollah. The men were sentenced over a deadly armed attack in 2010, in which they had repeatedly denied involvement, according to Amnesty International.

“Amnesty International is calling on the UN and its member states to urgently intervene to save the lives of those at risk of execution, and urge Iran to stop using the death penalty to sow fear and silence political opposition,” the organization said in a statement.